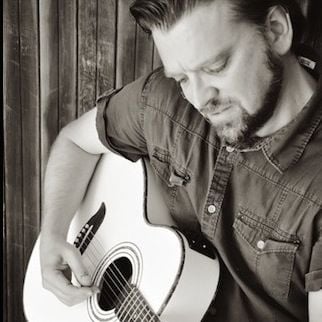 Growing up in Hibbing, singer and songwriter Paul Seeba realized early on he wasn’t going to make it onto the hockey team.

“I started playing the guitar instead,” he said. “It was a good move since I don’t have any aches from playing it — only enjoyment.”

A history teacher in White Bear Lake by day and a musician by night, Seeba will be returning to Northfield on Jan. 2 with a show at the Tavern Lounge.

“I like playing at the Tavern,” he said. “It’s got great acoustics, and I am always excited about coming to Northfield because it has such an interesting history.”

Despite his effort to keep his work as a history teacher and his career as a musician separate, occasionally the two converge.

“The music I write often weaves historical narratives into the lyrics,” Seeba said. “Sometimes my music calls attention to the preservation of historic sites.”

Most recently, Seeba performed the song “Mitchell Yards” in a PBS (WDSE-Duluth) documentary, “Last Call for the Mitchell Yards,” a program that earned a regional Emmy award.

Seeba explains that the Mitchell Yards is an old railroad station outside of Hibbing.

“The yard was slated to be demolished but the train station was very critical in helping the Allies win World War II,” he said. “It was saved due to its cultural significance and the song brings this North American history to life.”

Seeba’s debut album, aptly named “Mitchell Yards,” was released in 2014, and he is currently working on the follow up, due out in the spring.

“A new song I am working on is called ‘The Republic of Kinney’,” he said. “Kinney is a small town in the northern part of the state that, at one time, tried to leave the United States.”

He said the song may have an element of farce associated with it, but the town made the national news and is now a part of the state’s history.

On his sound, Seeba describes it as “folk pop,” and when you see him live, you can expect a mix of his history inspired originals as well as a healthy dose of cover songs.

“Fresh takes on covers is sort of my motto when it comes to playing tunes we’ve all heard many times,” he said. “Mostly I look for songs that may have been under represented on the radio, but still have a wide appeal.”

Despite his penchant for history, Seeba said he tries not to forget that he is performing as a means of entertainment.

“I hope folks have a good time when they come to see me, and I think people appreciate a little story involving history now and then, too.”

“This is a record full of that space,” the review, written by Rudie Humphrey, said.  “It’s steeped in the beauty of Northern American music and true Americana, blues, and that white Catholic work ethic.”

“His music is inspired by his travels throughout the greater Midwest,” continued Paxton. “And the Tavern Lounge is pleased to present musicians hailing from all parts of the state.”

Kevin Krein covers arts and entertainment, non-profits, community events and people, and matters relating to Rice County and the surrounding townships for the Northfield News and the Faribault Daily News. You can reach him at 507-645-1106, or follow him on Twitter: @NfldNewsKevin.